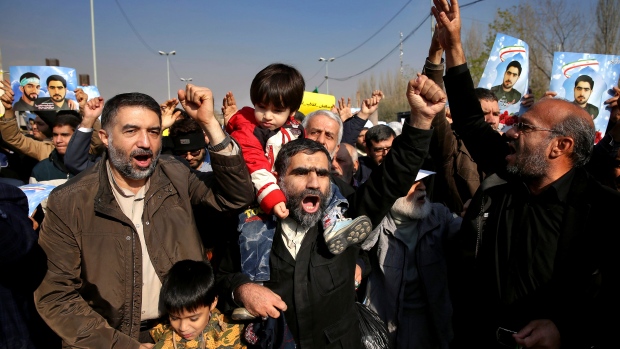 By Sam Khanlari, for CBC News 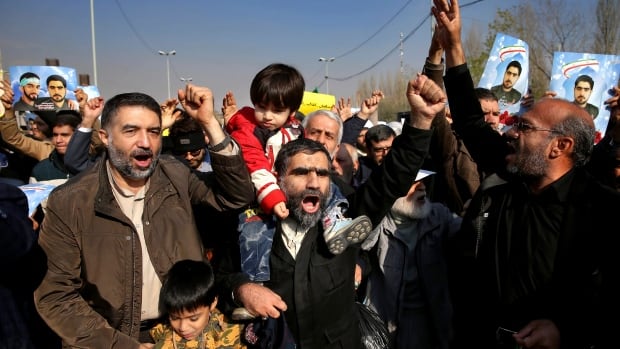 Coverage of the demonstrations as “anti-government protests” obscures their significance, and excludes Iranians committed to reform from the conversation. (Ebrahim Noroozi/Associated Press)

Sam Khanlari is a Toronto-based writer and editor. His work has been featured in the Toronto Star, VICE, and Muftah magazine.

The Iranians that sparked the latest outbreak of demonstrations have long lacked representation in the Western imagination. Despite a long history of rule by sovereign, the plight of working class Iranians has propelled every major political movement in modern Iranian history. From the tobacco riots that sparked Iran’s constitutional revolution in 1906, to the millions that overthrew the Shah’s monarchy in 1979, the ordinary, working class Iranian has long been at the forefront of political reform.

The latest series of protests, which began on Dec. 28 in the eastern city of Mashhad, have also seemingly been led by young, working class Iranians. They have largely been based out of towns and villages in Iran’s countryside, organized by neglected communities using social media platforms such as Telegram and Instagram. The majority of those detained have been under the age of 25 and of the lower income strata. Reports indicate that more than 20 have lost their lives in the unrest.

Localized demonstrations have long been a feature of political life under the Islamic Republic. By the numbers, this wave of protests were smaller than those in 2009, but their sudden outbreak and geographic scope took Iran’s ruling establishment by surprise. Even prominent reformists, embroiled in the country’s factional politics, were caught off guard. Demonstrations in the country’s urban centres, host to the most intense protests nearly a decade ago, were passive when compared to provincial rallies. “It’s not our crowd this time around,” a young Iranian who was active in the unrest following the contested presidential elections in 2009said.

None of that should take away from the protesters’ budding movement. As Iranian novelist Amir Ahmadi Arian explained in the New York Times, these voices reflect the very “bottom of [Iranian] society,” whose concerns have long been “stifled halfway through by the government or drowned out by civil rights activists with better access to the international media.” In these latest round of protests, however, “they have now forced their way to the surface and emerged as a resonant, nationwide cry for justice and equality.”

Their frustrations came to a boiling point last month, when for the first time, a bill containing Iran’s national budget was made available to the public. The draft budget proposed cuts to cash subsidies that millions of Iranians rely on, as well as additional austerity measures including a hike on fuel prices and privatizing the country’s public schools.

Many have taken the recent uprisings as a prelude to the regime’s downfall. In Canada, they have been accompanied with calls for Ottawa to suspend talks with Tehran aimed at re-establishing formal diplomatic relations after they were severed in 2012. To support this, Canadian commentators have also elevated Iranian voices that share this outlook. Together, they label supporters of engagement with Tehran as “apologists” for Iran’s regime.

But coverage of the demonstrations as “anti-government protests” obscures their significance, and excludes Iranians committed to reform from the conversation. This narrative ignores the 41 million Iranians that participated in last year’s pivotal elections. It also overlooks recent announcements on the relaxing of capital punishment laws, and the easing on the enforcement of dress codes by police in Tehran. In recent days, it has been reported that Iran’s armed forces have been instructed to sell off many business holdings and commercial assets, reducing their influence over economic affairs.

Indeed, it can be difficult to follow what happens in Iran — the country is restrictive to the international press and its society is often caricatured. But the history of protests in Iran offers a different perspective on recent events. As Shervin Malekzadeh, a political science professor at Williams College, wrote recently in Muftah magazine, “protests in post-revolutionary Iran have historically been fuelled by a desire to restore popular politics, not to overthrow the regime through revolution.”

In the absence of other avenues to air their grievances, Iranians often take to the streets to engage their authorities. Data collected by sociologists indicates that “of the 75 towns and cities where one or more protests reportedly took place between Dec. 28 and Jan. 3, all 75 of them had experienced some degree of labour unrest from 2013 to 2016.”

Therefore, it’s fair to see the latest demonstrations as a culmination of years of persistent activism by teachers, workers, and trade unions calling for accountable governance and improved economic conditions, particularly since the signing of the nuclear accord in 2015.

If they broke out in response to the government’s handling of the economy and persistent corruption among the elite, the protests quickly took on political and social dimensions, ultimately demanding the moral national economy promised by revolutionaries in 1979.

Here, the government’s response has been instructive. Iranian President Hassan Rouhani has cautiously provided space to the protesters and legitimized many of their grievances. “One cannot force one’s lifestyle on the future generations,” Rouhani said on Jan. 8. “The problem is that we want two generations after us to live the way we like them to.”

When it comes to Iran, there is a tendency to focus on the politics of the country’s “hardliners” and “reformists,” or on the statements of any particular Iranian leader. But what the latest series of protests demonstrates yet again is the potency of another actor in Iranian politics: the working class Iranian.