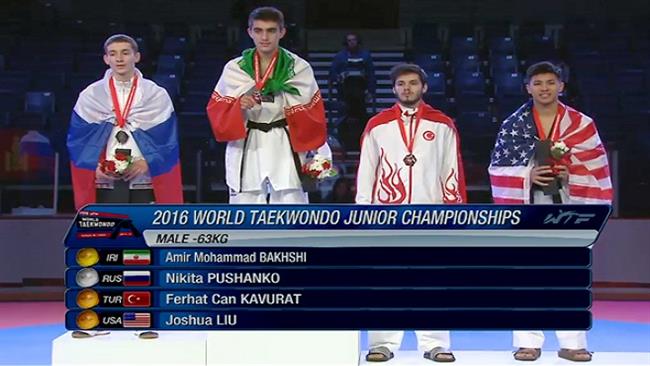 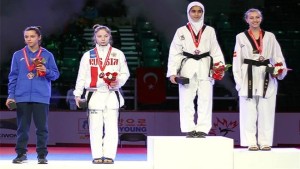 World Junior Taekwondo Championships in Canada, and received a total of five medals, including two precious golden ones.

On Friday, Amir Mohammad Bakhshi got the gold medal in the male minus 63-kilogram weight division after he managed to overcome his Russian opponent Nikita Pushanko (4-0) in the final encounter of the category staged at the Bill Copeland Sports Center in the western Canadian city of Burnaby.

The achievement came a day after South Korea’s Jun Jang prevailed over Iranian participator Ebrahim Safari (4-1) in the final contest of the male minus 51-kilogram weight category to snatch the gold medal.

In the male minus 55-kilogram weight section, Ali Baseri conceded defeat to a representative from Azerbaijan in the semi-final round to earn Iran a bronze medal.

n Wednesday, Mobina Nejad-Katesari won the gold in the female minus 42-kilogram category.

The 11th edition of WTF World Junior Taekwondo Championships opened in Burnaby, Canada, on November 16, and will wrap up on November 20, 2016.