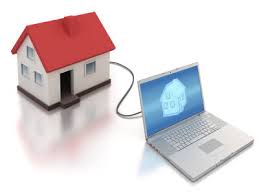 Home internet is essential, but too pricey, CRTC survey suggests
Only a third of Canadians are satisfied with internet prices, while half are dissatisfied

The survey was conducted between Jan. 14 and Feb. 29 by polling firm EKOS for the Canadian Radio-television and Telecommunications Commission as part of its ongoing review of basic telecommunications services. It included 29,000 Canadians who voluntarily answered an “open” survey online and a separate more “representative” group of 1,600 Canadians conducted by polling firm EKOS that included more retirees and people over 54, along with more families with children under 11.
Only one to two per cent of respondents had no home internet. In comparison, 38 per cent of respondents in the open survey and 20 per cent of those in the representative survey had no home phone; and 10 per cent of “open” survey respondents and seven per cent of “representative” survey respondents had no mobile phone.
When asked which telecom services they used most frequently, internet was the top choice for 78 per cent of representative survey respondents and 59 per cent of open survey respondents. That wasn’t expected to change much in the next five years.
In the past five years, participation in most internet activities has increased at least 50 per cent; some activities have doubled, including downloading software, making online video calls, researching investments, and contributing to online discussions; and online buying and selling has quadrupled.
Only a third of respondents were satisfied with the price of their internet service, and half said they were dissatisfied.
Rural-urban digital divide

While 70 per cent of users said they were satisfied with the speed and reliability of their internet service, rural residents were twice as likely and those living the territories were three times as likely to be dissatisfied.

Computer user
In the past five years, participation in most internet activities has increased at least 50 per cent; some activities have doubled, including downloading software, making online video calls, researching investments, and contributing to online discussions; and online buying and selling has quadrupled. (Andrey Popov/Shutterstock)

Nearly two-thirds of Canadians thought internet pricing should be the same in rural and urban areas, while about 27 per cent thought prices should be slightly higher in rural areas.

“Virtually no one believes it should be significantly higher,” the report said, adding that there are “surprisingly limited differences between urban and rural residents on their views about comparative pricing.”

The CRTC will be holding a public hearing in Gatineau, Que., from April 11 to 29 as part of its review of basic telecommunications services.

The CRTC’s current definition of basic services doesn’t include broadband or high-speed internet, but does include an internet connection “via low-speed data transmission at local rates,” along with:

Touch-tone phone service.
Access to calling features such as emergency services, voicemail, long distance calling and directory assistance and privacy protection features.
A printed copy of the local phone book on request.
Its basic telecommunications services policy was established in 1999 and last reviewed in 2011.