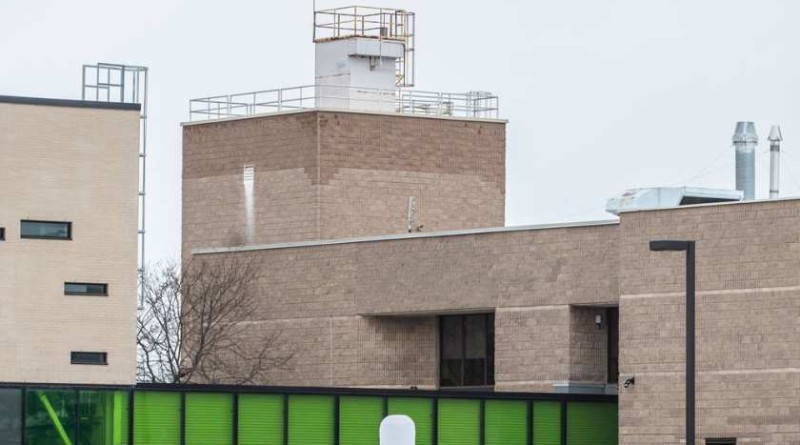 The cost and the longevity of Montreal’s plan to upgrade its water filtration plant in Pierrefonds aren’t the only elements of the project to raise questions.

As the Montreal Gazette reported on Monday, the city has been upgrading the Pierrefonds facility since 2004, and the administration of Mayor Denis Coderre is set to award more contracts over the next year to carry on with the work.

Taxpayers in the city and the island suburbs are footing the costs of the island’s six filtration plants, and they have so far spent more than $73 million on construction, plus more for professional consulting fees to upgrade the Pierrefonds plant. It’s estimated the spending on that one facility will reach between $90 million and $100 million with the coming contracts, which is nearly double the city water department’s publicly touted estimate of $53.6 million.

So how has the money been spent?

The Montreal Gazette’s examination of the contracts awarded for the Pierrefonds plant over the years found patterns that raise questions about the oversight of the project. Some of the findings:

BIDS THAT ARE OH-SO CLOSE

Montreal has awarded eight construction contracts as part of the upgrades to the Pierrefonds plant. (It awarded another five contracts between 2012 and 2015, but the city cancelled them in late 2015 due to scheduling problems and said it intends to re-tender the work at a later date.)

Construction Frank Catania & Associés Inc. won four of the eight contracts between 2004 and 2009. The company was a partner in a consortium that won a fifth contract in 2010, Consortium Veolia UTE Pierrefonds. The other partner in that consortium, John Meunier Inc., also won a contract at the Pierrefonds plant in 2006 (the John Meunier name is no longer used in Quebec and the consortium partner is now known as Veolia Eau Technologies Canada Inc.). Another contract for work on the plant went to Gastier MP in 2009, which was a subcontractor of Construction Frank Catania & Associés on a 2004 contract for the plant.

There was little price difference in the bids presented by rival firms on three of the contracts won by Construction Frank Catania & Associés:

Contract 1: Modernize and increase the pumping capacity of the plant. Awarded in 2008. Five bidders.

Contract 2: Structural and architectural work on the high- and low-pressure pumping process at the plant. Awarded in 2009. Two bidders.

Construction Frank Catania & Associés’ bid, $2.964 million (originally $3.03 million, but the engineers overseeing the contract corrected a calculation error in the bid), was one-per-cent lower than the only other bid, from Construction Arcade, which offered $2.994 million. The city’s estimate was 20-per-cent higher than the bids.

The firm’s winning bid, $16.48 million, was 3.4-per-cent below the next-lowest bid. But the nine losing bids were extremely close. The pattern went like this: a price difference of 0.1 per cent to 0.5 per cent between the second and third bidders, the third and fourth, the fourth and fifth and the fifth and sixth. Then a price difference of one per cent to 1.5 per cent between the sixth and seventh, the seventh and eighth, the eighth and ninth and the ninth and 10th. As an example, the second- and third-lowest bids were $17.041 million and $17.076 million. And there was only a 1.3-per-cent difference in price between the second-lowest bidder, Les Excavations Super Inc., and the sixth-lowest, Construction Louisbourg Ltée.

One of the contracts cancelled last year was awarded in early 2013 to Filtrum Inc. for work on the mechanical process in the treatment area of the Pierrefonds plant. Filtrum’s $7.09 million bid was more than 23 per cent below the next lowest bid. But there was just 1.35 per cent difference between the two losing bids of $8.746 million and $8.864 million.

Close prices can be an indicator of collusion, corruption experts warn.

That said, the commission didn’t examine the city’s water filtration plant contracts, even though an engineer with the firm Genivar mentioned a contract to “enlarge” the Pierrefonds plant when he testified before the commission that engineering firms were expected to give a $200,000 kickback off their municipal contracts to the party in power at Montreal city hall at the time.

A director of the city’s water department awarded two contracts, each worth $14,830.63, to SNC-Lavalin 40 days apart in February and March 2005 for supervisory work on the project to upgrade the Pierrefonds plant. “Level B” Montreal bureaucrats, as this civil servant was, were authorized at the time to unilaterally award contracts up to $15,000. And according to provincial rules for municipal contract awarding, the city was required to launch a call for bids by invitation to award a professional services contract above $25,000.

A second director of the water department awarded another $12,799.52 contract to SNC-Lavalin for supervisory work on the Pierrefonds plant upgrades in December 2005.

The Quebec Municipal Code and Quebec’s Cities and Towns Act prohibit a municipality from dividing a professional services contract “having similar subject matter” into several contracts unless it’s for the purpose of proceeding before a tribunal and “unless the division is warranted on grounds of sound administration.”

Montreal’s engineering consultants estimated how much it should cost to build a new reservoir at the Pierrefonds plant before the city went to public tenders in late 2007. But then they changed the estimate – not once, not twice, but thrice.

The bids were opened in January 2008, and the lowest bid was $16.48 million, from Construction Frank Catania & Associés.

Original estimate: $9.5 million, provided by CIMA+/Genivar in September 2007, before the city went to tenders.

Revise 1: $11.9 million because CIMA+/Genivar upped its estimate in October 2007 before going to the city executive committee to authorize the launch of the call for tenders.

Revise 2: $13.05 million, because changes were made to the scope of the work between the time that Revise 1 was brought to the executive committee and when the call for tenders was launched. (A city project manager’s letter to the city’s water department director after the bids were opened explains the growing estimate.)

Revise 3: $14.05 million, after the bid envelopes were opened. CIMA+/Genivar’s engineers sat down with engineers from the SNC-Lavalin/Dessau-Soprin consortium that made the plans for the upgrades to the various water filtration plants to figure out why the bids were so far above the $13.05 million estimate. The representatives of CIMA+/Genivar “admitted the weakness of their costs for the worksite conditions, concrete and pumping,” the letter says. Engineers from both consortia then came up with $14.05 million as a new “consensus” estimate for the contract. But the new estimate and the Catania bid were still more than 10 per cent apart. The engineers considered cancelling the tenders, the letter says. Instead, they negotiated with Construction Frank Catania & Associés to lower its price. The firm “acquiesced,” the letter says. The contract was awarded at $15.38 million.

It’s not the only time the city changed its estimate after the bids came in higher than expected on the Pierrefonds water plant.

For example, when the bids were opened on a contract to add two new filters and new high-pressure pumps and make changes to the chlorination station at the Pierrefonds plant in 2004, then-city manager Robert Abdallah asked for a new estimate. That’s because SNC-Lavalin had estimated $3.85 million for the work before the call for tenders. But the lowest bid, from Construction Frank Catania & Associés, was $5.2 million. The new estimate, provided by Axor Construction, was $5.75 million. The contract was awarded.

At least seven engineering firms have had contracts related to the Pierrefonds plant upgrade.

In 2008, the city’s water department forecasted the professional consulting fees for the work to upgrade three of the island’s water filtration plants – Pierrefonds, Atwater and Charles-J. Des Baillets – would cost $36.5 million.

The tally is now at least $52.4 million, or 43.7-per-cent above the estimate. (One of the contracts, awarded in 2009 to CIMA+/Dessau and Aecom Tecsult for $5.87 million, also covered work on water mains, reservoirs and pumping stations.)

The city has gone to tenders to award another major engineering contract for more work on the Pierrefonds plant this year that will add to the fees.

Some of the equipment at the Pierrefonds water plant has been the object of different contracts over the years.

In 2006, Montreal awarded a $867,344 contract to John Meunier Inc. to supply and install a new ozone destructor at the Pierrefonds plant. Ozone is applied in the disinfection process, and an ozone destructor converts ozone into oxygen without emitting toxic gases.

The specifications of a 2010 contract to Veolia UTE Pierrefonds called for moving and reinstalling the four-year-old ozone destructor to another area of the plant with new contact basins and a new ozonation system. The city cancelled the Veolia UTE Pierrefonds contract late last year, and the moving and reinstallation of the ozone destructor will be completed as part of a future contract, the city says.

In 2010, a city foreman fell to his death in the newly constructed reservoir at the Pierrefonds plant. The reservoir was being cleaned for the first time so it could be put into service.

In April 2010, Quebec’s worker health and safety board issued a report on the accident that found the worker had fallen through an open pit at the reservoir that had no protective guard-rail.

The engineering plans for the contract to build the reservoir (awarded to Construction Frank Catania & Associés in 2008) had called for four guard-rails. The guard-rails were built at the time of the accident, the CSST inspectors found, but they were being stored with the manufacturer since early March 2010. What’s more, the CSST report says the city, which conducted a site inspection with the contractor in July 2009 to approve the completed work, never gave Construction Frank Catania & Associés a list of deficiencies that needed to be corrected, such as the absent guard-rails, or a provisional acceptance of the work. It would have been standard for the city to have issued both, the CSST said.

The CSST concluded the city’s cleaning operations at the reservoir didn’t adequately protect workers from a fall.