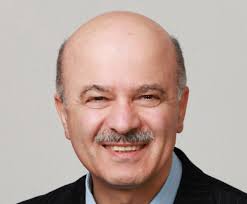 Reza Moridi, minister of training, colleges, universities, and innovation: $250,000. With his deep ties to the Iranian-Canadian community, Moridi is a reliable revenue generator. But he is also sought out by growth companies seeking innovation grants from the government.
ایرکانیوز به نقل از تورنتو استار – 30 مارچ 2016- 11 فوریه 95

Cabinet ministers in Ontario’s Liberal government are assigned secret annual targets, the Star has learned. The numbers are never written down, but confidential sources were able to provide allocations — which can vary from year to year — for most (but not all) of the most influential ministers:

Finance Minister Charles Sousa: $500,000. Responsible for the provincial treasury, tax policy, infrastructure spending and auto insurance, he is the government’s top draw. A former executive at RBC before entering politics, he has extensive contacts in the banking sector and business generally.

Eric Hoskins, minister of health and long-term care: $400,000 to $500,000. In high demand, he was the star attraction at an event organized by the Ontario Long Term Care Association with the Liberal Fund last year offering “face time” and “quality time” with the minister.

Energy Minister Bob Chiarelli: $250,000 to $300,000. A political veteran who oversees the nuclear and electricity sectors, he regularly teams up with the premier to raise large sums at exclusive events where industry insiders try to influence regulatory policy and purchasing decisions.

Transportation Minister Steven Del Duca: A muscular fundraiser thanks to his influential portfolio, responsible for billions of dollars of future roadwork, maintenance and bridge-building across the province. Del Duca displays a mastery of the process as a former political operative for the Carpenters’ District Council of Ontario, which was among the biggest donors ahead of the 2011 provincial election.

Brad Duguid, minister of economic development and infrastructure: $250,000 to $350,000. Duguid carries one of the higher financial targets because of his work with the business sector and big infrastructure contracts, but had trouble meeting his goal last year. Duguid insists he ultimately met the target.

Michael Chan, citizenship and trade: $250,000. A voluble fundraiser, Chan can tap his extensive contacts in the Chinese-Canadian community. He also benefits from his connections to export-oriented corporations that rely on government assistance and are keen to join Ontario’s trade missions abroad.

Reza Moridi, minister of training, colleges, universities, and innovation: $250,000. With his deep ties to the Iranian-Canadian community, Moridi is a reliable revenue generator. But he is also sought out by growth companies seeking innovation grants from the government.

Michael Gravelle, minister of mines and northern affairs: $250,000. A former political aide, Gravelle has come under increased pressure to produce thanks to his connections with big forestry and mining companies seeking government co-operation, notably in the far-north Ring of Fire which is destined for $1 billion in public investments.

Glen Murray, minister of environment and climate change: $150,000 to $200,000. Like Sousa and Hoskins, Murray ran against Wynne for the Liberal leadership in 2013-14 and had to raise money for his own campaign, but is less involved in the process now.

Kevin Flynn, minister of labour: $150,000. A relative newcomer to cabinet, Flynn is under greater pressure to produce given recent tensions with public sector unions that previously donated generously to the Liberals, but are now resentful about government restraint programs.

At their sumptuous Heritage Dinner, “Victory Tables” are priced at $18,000 for corporate high-flyers, and the biggest donors are feted at a private cocktail reception by a grateful premier. But that’s only half the story of how the governing party raises big money.

In Ontario, the Wild West of fundraising, cabinet ministers are assigned secret targets as high as $500,000 a year, the Star has learned.

The unsavoury spectacle of Ontario’s politicians supplicating big business and big labour for events such as the Heritage Dinner is only a small piece of the fundraising puzzle glimpsed by the public. Beyond the showy hobnobbing, shadowy appeals by cabinet ministers for corporate money are the untold story at Queen’s Park.

Corporate and union contributions that Wynne persists in publicly defending create a demonstrable conflict of interest for cabinet ministers, which is why they were banned for federal parties in 2006, and are no longer legal in four other provinces.

And yet, according to multiple sources, top cabinet ministers at Queen’s Park are given financial targets that are typically in the range of $250,000 annually — double that amount in some cases. These quasi-quotas are never written down, conveyed instead by the Ontario Liberal Fund through confidential meetings and phone calls.

They are the price of admission to power, revealed here for the first time, and they are astonishingly high.

The two most marketable ministers are Charles Sousa, the minister of finance, and Eric Hoskins, who helms the province’s $52-billion health care budget. Both are expected to bring in as much as $500,000 a year, well-placed sources have confirmed.

Sousa’s control of the provincial treasury, tax policy and auto insurance makes him a prime target for lobbyists in the banking and insurance industries. But Hoskins is also in high demand because of his regulatory authority over drug companies and nursing home conglomerates.

That’s why Hoskins was the big draw for the Ontario Long Term Care Association at an event organized with the Liberal Fund last year, which offered “an unprecedented opportunity only for OLTCA members” where they could “discuss the sector with the minister, up close and personal.”

Hoskins defends his interactions with such interest groups, describing it as “an important way, I think for Ontarians to participate in the democratic process.” Asked directly about his annual target assigned by the party, Hoskins chose his words carefully: “I do my best to contribute to the party — I think that’s what I’m prepared to say about it.”

The health portfolio is a surprisingly big attraction for donors, according to a former chief fundraiser for the party, Hamilton’s Sophia Aggelonitis. “Of course ministers in that portfolio can generate a lot of money — like, huge money,” she told me.

Officially, Ontario’s limit on corporate and union contributions is set at nearly $10,000 a year. But widespread loopholes allow firms to donate several tens of thousands of dollars in busy years — notably during leadership campaigns, where there are no legal limits whatsoever. That’s how Ontario’s big brewers, the Beer Store, and its unions were able to give more than $275,000 to the Liberals in 2013 and 2014.

It quickly adds up, because companies can donate further $9,975 tranches for each campaign period, plus additional thousands to riding associations and candidates. Moreover, subsidiary firms (or affiliated union locals) are able to repeat the same sequence of donations all over again, allowing large corporations to easily exceed six figures — making a mockery of the official limit.

Hence the continuing pressure on cabinet ministers to harvest corporate and union contributions within the legal limit — loopholes and all.

Behind the top ministerial draws, the middle tier of Wynne’s cabinet brings in amounts in the range of $250,000 a year, sometimes much more, according to well-placed sources who spoke on the condition of confidentiality because they were not authorized to reveal party secrets. While it is difficult to be precise, due to the closely guarded nature of the ministerial targets and annual fluctuations, the sources were still able to provide reliable estimates for many (but not all) members of cabinet.

A number of other ministers with less bankable portfolios — responsible for social services or other sectors whose stakeholders have lower cash flow — are given proportionately lower targets to reflect their reduced leverage, closer to the $100,000 range.

Interestingly, while most ministers are careful not to comment publicly about their fundraising activities, they are intensely curious about how much their cabinet colleagues are expected to raise. They really have no idea — and will be reading the numbers here for the first time.

What they do know only too well — and admit to privately — is the extent to which they are thrust into awkward situations that strain the limits of political judgment and personal probity.

In their day jobs, they oversee public funds disbursed to special interest groups, the same vested interests they see after hours for fundraising.

Influencers and influentials — arm in arm, rather than arm’s length.

Yet Wynne continues to publicly defend Liberal fundraising practices, repeating her stance to reporters earlier this month. Asked again Monday to elaborate, the premier’s office issued a statement to the Star saying she would have more to say on the issue in future.

Significantly, however, the statement was silent on the key question posed by the Star about annual fundraising targets for cabinet ministers, neither confirming nor denying the practice. Instead, the premier’s office sidestepped the issue by stressing that the party respects Ontario laws.

“All political parties receive donations and hold fundraisers as part of the democratic process. But there are clear rules that govern these activities.”

Never mind that those laws are badly outdated. The never-ending obligation to raise money — the party burns through millions of dollars a year between campaigns, and spends more than $8 million in general elections — places enormous pressure on the Liberal apparatus. (The Progressive Conservatives also rely heavily on corporate donations, while the New Democrats depend heavily on union contributions, but their annual receipts are dwarfed by the Liberal’s revenues.)

Energy Minister Bob Chiarelli is among the most reliable fundraisers, in the range of $250,000 to $300,000 a year, tasked with tapping into the massive nuclear and electricity sectors that have billions of dollars in annual cash flow. Hence his ability to raise a remarkable $100,000 in a single evening (with Wynne at his side) when Bruce Power brought together a dozen supporters for a cosy Yorkville dinner, as first reported by the Toronto Star in 2013.

At the very time that his intimate fundraiser was being held for stakeholders, his own ministry was deciding on billions of dollars in nuclear spending. (In a repeat performance this year, Chiarelli and Wynne yet again hosted a similar event at the very same venue, albeit at a reduced price per head.)

While sitting cabinet members declined to discuss fundraising details on the record, former ministers are not so circumspect — and are now prepared to publicly repudiate what they were once required to do.

“One of the reasons I quit — and I’m glad you are pursuing this — I was so sick of it,” former Liberal finance minister Dwight Duncan told me in a postretirement repentance.

“I assume they’re still doing that thing, where ministers have a certain amount, a responsibility to produce,” he added.

“As minister of finance you are in a portfolio where people want to see you, and they’ll pay for it,” said Duncan, who was assigned a target of $1 million per mandate (between election periods).

“It is the wrong system.”

John Gerretsen, who held the sensitive portfolio of attorney general for the Liberals until 2014, describes being deeply troubled by the undeniable conflict of interest.

“I hated the whole aspect of fundraising,” he said in an interview. “If a major issue comes up, and you have been funded by lobbyists on behalf of any kind of industry, you’re going to be affected by that . . . it’s human nature.”

An early supporter of Wynne’s leadership, Gerretsen remains confounded by her paralysis over the issue to date. The premier’s indefatigable fundraising is matched only by her unflinching defence of the indefensible — encouraging her ministers to cosy up to big business and big labour for money, and then granting privileged access in return.

“I don’t know why Kathleen isn’t more actively involved in changing that system,” he mused.

Interestingly, both Duncan and Gerretsen used the same words — “the system” to describe the escalating fundraising demands at Queen’s Park. Long after they left politics, nothing has changed in “the system” — they now renounce.

Today, top ministers have even more stratospheric fundraising targets. And by Wednesday, all members of cabinet will be expected to have sold two additional tables in time for the Heritage Dinner, sources tell me — which works out to $32,000 in extra revenue from each minister.

With special thanks from the premier for their contribution to the system she now presides over.