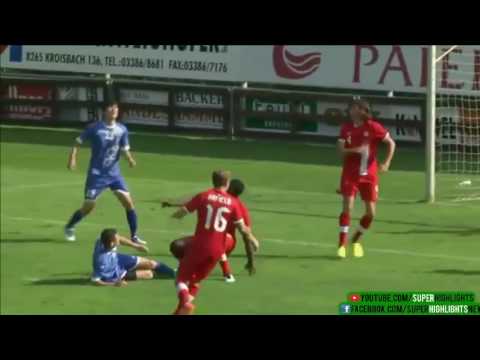 Canada recorded a 2-1 win over Uzbekistan in Tuesday’s international friendly at Thermenstadion Bad Waltersdorf, Akram Komilov’s own goal with nine minutes left on the clock the difference.

Benito Floro’s men had to settle for a 1-1 draw with Azerbaijan on Friday, but they went one better in their final friendly before they resume their 2018 World Cup qualification campaign against Honduras in September.

Uzbekistan looked dangerous early on via Server Djeparov and Igor Sergeev, but it was Canada captain David Edgar who opened the scoring in the 20th minute, heading home Scott Arfield’s cross.

Samvel Babayan’s men pushed hard for an equalizer early in the second half and they eventually got their reward when Eldor Shomurodov found the net from close range in the 62nd minute after some good work from Sergeev.

IN THE AIR: Canada found space to attack down the wings, and it is from there where the game-winner was born. Still, Benito Floro’s men seemed to be most dangerous on set pieces. Edgar’s opener came via a free kick from the left, and another cross in the first half led to strong protests for a penalty kick after one of Canada’s players was brought down in the 18-yard box.
SOMETHING TO BUILD ON: While Canada did not create an abundance of clear-cut scoring chances from the run of play, they had nice spells of possession where they knocked the ball around well. One such sequence came midway through the second half when the midfield combined with some quick one-timed passes. More of that would surely be useful when the Canadians return to the field to take on Honduras in a World Cup Qualifier in September.
SUMMER ’16: Canada ended their June camp with a win, moving them to 1-0-1 in their two scheduled friendlies this summer. They defeated Azerbaijan, 1-1, four days ago in a match that saw Scott Arfield record another assist and Tesho Akindele score