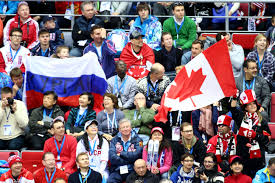 The day after Christmas, otherwise known as Boxing Day in Canada, means one thing: The World Junior Championship begins. Not that all eyes are never on Canada during international hockey, but as the tournament returns to Toronto and Montreal, there will be added pressure for a team that finished in sixth place last year. The last time Canada won in the WJCs was in 2015 — also on home soil. They’ve “only” won one gold medal since 2009, so while it seemed the gold medal was all but assured to Canada in years past, it’s not so much anymore.

Canada returns five players from last year’s team, including captain Dylan Strome and Lightning prospect Mitchell Stephens. Though Stephens is not part of the leadership trio that wears a letter on his jersey, his “veteran” status means that he’ll be relied on and looked to for leadership.

Last year’s team struggled between the pipes. Here’s how Ryan McKenna of The Canadian Press put it:

Goaltending was detrimental for the Canadians at last year’s world juniors, with their combined 3.58 goals-against average and .859 save percentage ranking amongst some of the worst at the event.

Ouch. Perhaps that plays into the reason why Canada head coach Dominique Ducharme hasn’t yet named a starting goaltender. That duty is up for grabs between Lightning prospect Connor Ingram and Carter Hart. Each recorded a shutout during the pre-tournament. However, it seems most analysts see Hart starting over Ingram, but the margin of separation is thin. So even if Hart does start against Russia, Ingram is more than capable of taking over should Hart stumble.

With no true superstar on the team, Team Canada is lauded for their depth, and with only one player returning on defense, Thomas Chabot, that might be the only wary spot. Expect Chabot to play big minutes.

Team Russia is coming off back-to-back silver medals. They’ve been consistent medal winners in the tournament, but that gold medal has alluded them. Danila Kvartalnov is a player to watch and goaltender Ilya Samsonov is a first-round pick of the Washington Capitals.