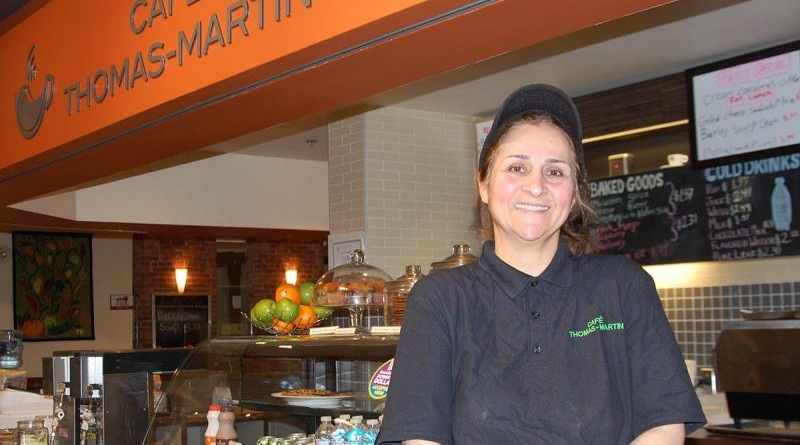 CHARLOTTETOWN, P.E.I. – Masoumeh Safar has the experience and education to land a good job – in her home country.

She earned her master’s in health and nutrition in Iran in 1996. That enabled her to find good work as a dietician.

Fast forward to today. Safar, 53, is cooking food in a café in the Confederation Court Mall in Charlottetown.

The Monday to Friday job is fine, she says, allowing her to incorporate her knowledge to help Café Thomas-Martin serve up healthy, fresh fare.

Still, the work falls short of her full ability and qualifications.

She would once again like to return to her chosen profession as a dietician.

That is proving a challenge in her adopted country that has been home to her family of five for the past two years.

“The system in Canada is so tough,’’ she says.

In 2008, he came to Canada from Iran, where he had a practice as a family physician.

Nine years later, he is still trying to become a doctor in this country.

A report last year from the Conference Board of Canada found nearly 850,000 Canadians were unemployed or underemployed with more than 60 per cent being immigrants because their credentials were not being fully recognized.

The recommendations in the report included modifying the immigrant selection process so that learning credentials are recognized and exporting Canadian post-secondary education curriculum and programs into other countries.

Jabbar Pourbahman, however, is not complaining about his Canadian livelihood.

Pourbahman, 45, of Charlottetown owned a construction business in Iran, putting up apartment buildings. His wife Farah, 42, was a chef in their homeland.

The pair has combined their talents to own and operate Café Thomas-Martin since purchasing the business in December 2015 and moving it from the Homburg Financial Tower to the Confederation Court mall in October 2016.

Jabbar says the biggest challenge is learning English, not managing all the details of running a café.

“It is not so tough for them but it’s not easy either,’’ says Safar, serving as interpreter for her boss.

We like here. We are very, very comfortable here. Jabbar Pourbahman

Jabbar hopes to operate the café, which is popular for its daily freshly baked bread and a variety of sandwiches, for many years.

Safar and her husband Hosein, who is doing some translation work for the P.E.I. Department of Agriculture and Fisheries, hope to continue living and working in Prince Edward Island.

“We are very, very comfortable here.’’