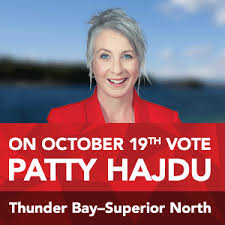 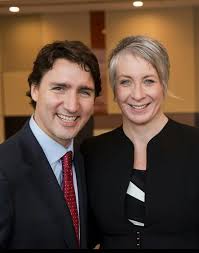 The Statistics Canada figures reflect a long-standing disintegration of the relationship between indigenous and non-indigenous people, Hajdu added, calling it “appalling.”
READ MORE: Alberta and Edmonton see highest rise in reported hate crimes in Canada
Nishnawbe Aski Nation Grand Chief Alvin Fiddler said the safety of aboriginal people is indeed a serious issue in the city, where the recent mysterious deaths of two indigenous teenagers made headlines across Canada.
Fiddler cited a recent Ontario inquest into the deaths of seven indigenous young people in Thunder Bay, where witnesses described the daily experience of having garbage and racial epithets hurled in their direction.
VIDEO: Hate crimes on the rise in Canada, biggest leap in Alberta
“The racism -it is something that is very much real … so it wasn’t a surprise to many of us when we heard the latest numbers released last week.”
Last year’s inquest explored happened to Paul Panacheese, 21, Robyn Harper, 19, Curran Strang, 18, Kyle Morrisseau, 17, and Jethro Anderson, Jordan Wabasse and Reggie Bushie, all 15.
Their deaths occurred over a decade – from 2000 to 2011 – while they attended school in Thunder Bay.
COMMENTARY: Hate crimes in Canada are outliers, not evidence of an epidemic
More recently, the city has been in the spotlight again following the deaths of 17-year-old Tammy Keeash and 14-year-old Josiah Begg.
Keeash’s body was found in the Neebing-McIntyre floodway early last month and the body of Begg was found less than two weeks later.
Fiddler and other indigenous leaders are calling for an RCMP investigation, citing local mistrust of Thunder Bay police.
Public Safety Minister Ralph Goodale has said municipal police jurisdiction is entirely within the purview of the provincial government, which means Thunder Bay and the province will need to take “appropriate decisions.”
Fiddler said safety concerns are so grave, parents are reconsidering sending their children to Thunder Bay to go to school, even though many First Nations communities only have facilities that go to Grade 8.
“Grade 9, you’re looking at a 13, 14-year-old child,” he said. “That’s pretty young for a 14 or even a 15-year-old to be sent far away from their home and to a place like Thunder Bay would be obviously a concern for any parent.”
http://globalnews.ca/news/3544359/thunder-bay-hate-crime/