Earlier this year, an app was launched to help women in Iran track their menstrual cycles.

But beyond its original function, the Hamdam app is doing some stealthy, undercover work too. It gives Iranian women information on sexual health, domestic abuse and divorce — topics that are taboo in Iran.

Activist Soudeh Rad, who came up with the idea for the Hamdam app, says as a feminist she wanted to provide Iranian women access to information on rights, laws and sexual education.

“What we have in Iran about sexual health or sexual education is really so limited,” Rad tells The Current’s guest host Duncan McCue.

She explains that before marriage, women go to workshops to learn “how to give pleasure to their husbands and how to be a good woman.” 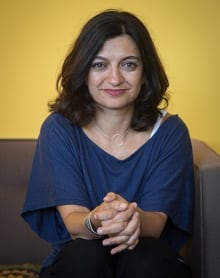 Firuzeh Mahmoudi runs the IranCubator to improve civil liberties inside Iran through apps.

Rad says the app is the only Iranian period tracker app on the market and is equipped with the Iranian calendar and uses conversational language to feel like a companion, which is the English work for Hamdam.

“I get a lot of positive feedback not only about the period tracker part but also about how we are raising awareness about domestic violence and … putting a name on the things many women are already living under.”

The Hamdam app is just one of the apps that came out of the IranCubator project, based in the U.S. — a contest that asked activists to submit ideas for apps that could help create social change in Iran.

Social media like Twitter and Facebook are blocked by the Iranian government but founder Firuzeh Mahmoudi is pleasantly surprised to see most of the apps created have not been touched.

“We do have plans to mitigate that if that does happen. It’s costly and it would require us to launch a new version of each app,” she tells McCue.

Mahmoudi points to a shift in Iran to work more on civil liberty issues and also Iranians “being rightfully nervous looking at Syria and Iraq and wanting Iran to stay fairly stable. “

“On the other hand, the government has also opened up a bit and allows some level of activity to take place.”

But activism overall is still rare in the country, Mahmoudi confirms. 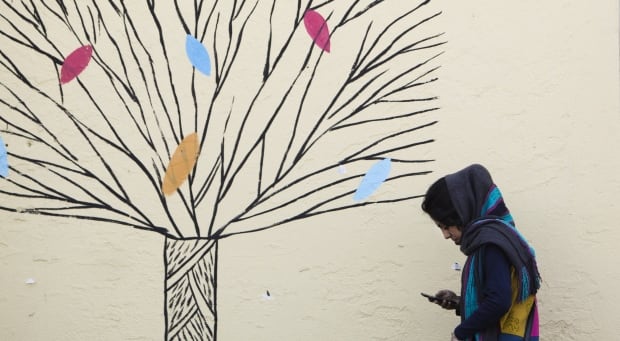 Alix Dunn knows all about the perks and perils of using technology to bring about social change but warns against the potential dangers that could pose to activists.

Dunn, co-founder of The Engine Room, an international organization that helps activists and organizations make the most of data and technology, says “we need to be reasonable about what we can expect from technology and to be aware of possible unintended consequences or risks that we expose ourselves and others to when we build things.”

“As these sorts of creations move out of the laboratory and into the homes of real people with real needs, when they break it can cause harm,” Dunn tells McCue.

She suggests in the case of the Hamdam app, if the tool becomes synonymous as women’s rights tools, this could signal a user actively advocates these principles which could result in serious trouble.

“I think that the failure of technology to deliver what it promises has sometimes really significant consequences. I don’t think we should make choices for others about the risks that they’re willing to take to secure their rights,” Dunn says.

“But I think we need to consider risk carefully in how we design and disseminate new technology.”

Listen to the full segment at the top of this web post.