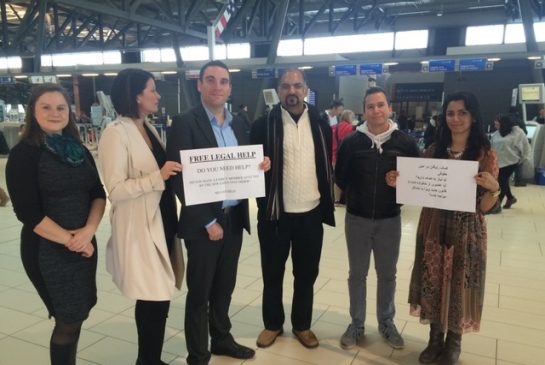 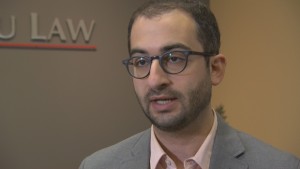 Trevor Dunn- the ban, which came into effect last night after a temporary ruling from the U.S. Supreme Court, prohibits certain travellers from six Muslim-majority countries from entering the U.S.

“This is a ban on Muslims. It’s discriminatory to its core,” Corey Shefman, a lawyer and spokesperson for the Canadian Cross-Border Legal Coalition, said in an interview.

But the chaos seen after the initial travel ban went into effect in February was not evident Friday, Shefman said, as airlines and airports seem clearer on the rules.

Shefman warned that despite smoother travel, there may still be confusion over who is affected by the ban.

But the word “should” might be open to interpretation. He advised people who are pulled aside for questioning in the pre-clearance area to “be careful.”

They can ask to leave at that point, he said, and should seek out the advice of one of the 400 volunteer lawyers at airports in Toronto, Vancouver and Winnipeg who are ready to help.

Lawyers with the Canadian Cross-Border Legal Coalition are helping travellers sort through the ban, but there is hope for more clarity this time around.

“We hope that the airlines, the airports and U.S. officials have had time to figure out what went wrong last time and figure out how to make it better,” Shefman said.

Another aspect of the ban that Canadian lawyers and the federal government are watching closely is its potential violation of Canadian law.

Because the U.S. agents are working on Canadian soil, they are subject to Canadian law.

Audrey Macklin, a law professor and director of the Centre for Criminology and Sociolegal Studies at the University of Toronto, said the ban that targets individuals based on national origin is “highly discriminatory.”

“It seems to me that even this partial ban would flagrantly violate the Canadian charter,” Macklin said in an interview.