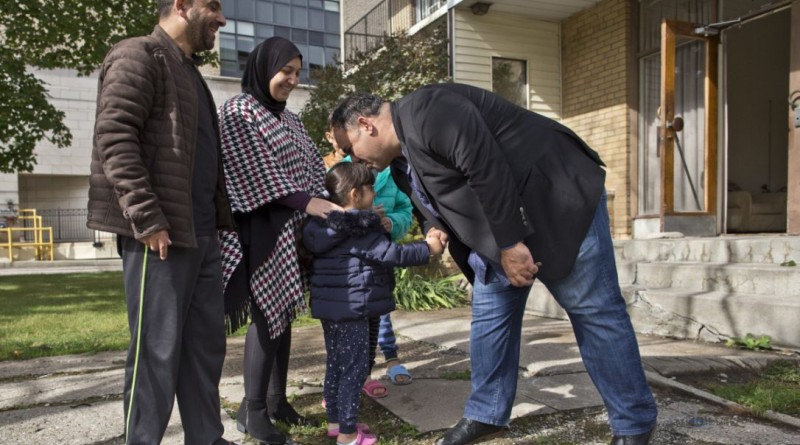 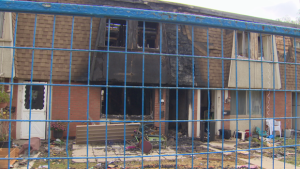 استارIf ever there was a lesson in giving back suitable for the
Thanksgiving weekend, it came in the story of Khaled Alawad and Alex Haditaghi.
Alawad is the refugee from Syria who was devastated on Saturday when a mysterious fire swept through his townhouse in Mississauga, leaving him and his family homeless. After just over a year and a half in Canada, it seemed like a terrible setback.
Haditaghi also came to Canada as a refugee, back in 1988 when he was 12 years old. He arrived from Iran with essentially nothing, and has done very well for himself as a businessman and entrepreneur.
As reported by the Star’s Ainslie Cruickshank, Haditaghi heard about the plight of the Alawad family and stepped in immediately. He offered them an apartment in a building he owns in North York – rent-free for a year.
By Monday the Alawads were checking out their new accommodations. They expect to move in by the end of the week.
Haditaghi’s explanation for his action was both straightforward and profound: “I know what it feels like to be a refugee and be homeless.”
This is, of course, a story of individual generosity. Few among us are likely to act so quickly and do so much even if we can see the need. Haditaghi deserves all the congratulations that are coming his way.
At the same time, it underlines how one group of refugees often steps forward to help the next group that finds its way to Canada.
It happened in the late 1970s when the so-called boat people came to Canada from southeast Asia. People whose families arrived as refugees in the 1950s from Hungary and elsewhere in Europe were among those who took the lead to sponsor and help them.
Now it’s a refugee from the 1980s who is lending a hand to the latest wave of newcomers.
There’s every reason to believe this group will succeed, as generations before them did. Then they, too, will be in a position to pay it forward and help those who come after them.
https://www.thestar.com/opinion/editorials/2017/10/10/a-lesson-in-paying-it-forward-editorial.html