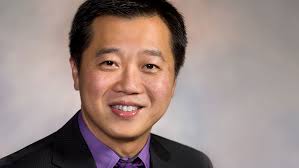 Richmond Hill’s Ward 3 Councillor Castro Liu has made a habit of avoiding Council meetings where critical votes are set to take place. It’s time for Castro Liu to be open to his residents on where he stands on the issues.

Many residents who were present at Richmond Hill’s town council meeting late last year on December 11th 2018 noticed that Ward 3 Councillor Castro Liu was absent from the meeting. The significance of this meeting was that a vote was set to take place about the Town’s Downtown Secondary Plan. Instead the vote was postponed to the New Year in early 2019. This result angered many town residents who believe that Richmond Hill is already behind its neighboring towns and cities when it comes to urban planning and infrastructure.

Councillor Liu then avoided another critical vote regarding the fate of controversial Ward 5 councillor Karen Cilevitz. Instead of voting for or against the motion which was set in place to suspend Cilevitz’ pay for a period of 90 days, Liu chose to skip the meeting altogether. Eventually, the present council members voted unanimously in favour of the motion to suspend councillor Cilevitz for bullying.

The fact that Councillor Castro Liu had run unopposed in the 2018 municipal election for the position of Ward 3 councillor does not mean that he cannot partake in a healthy debate. It is the obligation of any politician, including Councillor Liu, in a democratic system to effectively represent the residents who is accountable to. He has the right to his own opinion and to vote accordingly, and his vote should be based on his social conscience and the interest for a better future for Richmond Hill.  Any part of Richmond Hill is a part of town of Richmond Hill and Ward 3 is not an isolated island. We are one town, and we have to fight for the future of a modern town.