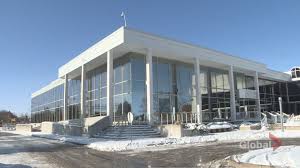 خرید ساختمان سابق اداره برق به میلغ 122.5 میلیون دلار و تبدیل آن به پناهگاه پناهجویان برای دو سال ،در تورنتو توسط براداران قدکی – این ساختمان در خیابان یانگ و فینچ قرار دارد. شهرداری تورنتو ماهانه 47 هزار دلار برای این ساختمان به مدت دو سال ،اجاره پرداخت خواهد کرد .
خانواده قدکی  در سال 1980 به کانادا مهاجرت کرده اند .
Former Toronto Hydro building becomes refugee shelter, thanks to Iranian-Canadian immigrants
The first and only city-run refugee shelter in Toronto successfully opened its doors Tuesday, with about 20 refugees climbing off a bus and dropping their heavy luggage in their new temporary space — all thanks to Iranian-Canadian immigrants who dished out millions to purchase the former Toronto Hydro building for the cause.
“We wanted to give back to the community because we, as immigrants ourselves, we know the struggles they have when they come to a new country,” said Hamid Ghadaki.
“It was difficult for me in a way. I didn’t know the language, I didn’t know anyone at the school, so coming to a new country can be difficult.”
A couple of decades and many development projects later, the group purchased an 80,000-square-foot former Toronto Hydro building on Yonge Street, north of Finch Avenue, for $122.5 million in early 2018.
Members of the family-run company contemplated what to do with the massive space until they saw a sign — literally.
“It was a couple of months later we saw a notice from the city that they were looking for shelter space to house refugees and newcomers, so we jumped at that,” said Hessam.
“This building would be perfectly retrofitted for that use.”
The cousins said city staff then had a walk-through of the space before signing the deal with Times Group Corporation.
“It just seemed to be the perfect match for us, having a facility that met the specifications that the city was looking for in terms of size, proximity to transit and overall layout,” said Hessam.
READ MORE: More newcomers and refugees are winding up homeless in Canada: studies
The large, multi-room facility may have welcomed 20 refugees on its opening day, but it’s expected to be at capacity by the end of the week, housing more than 200 people. 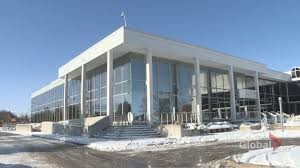