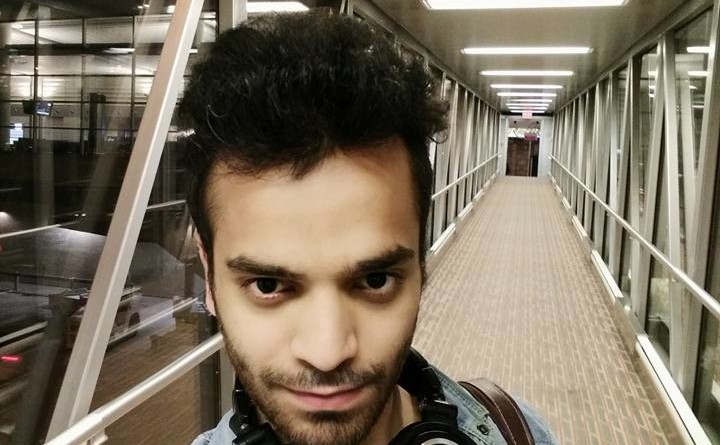 One week before he became Winnipeg’s 17th homicide victim of 2019, a gifted international student spoke to his father at home in Iran, who was planning to visit him in Canada in August.

Now, the family of 26-year-old Pedram Roshaeian is in mourning, and trying to find out why he ended up dead May 24 in a home on the 900 block of Greencrest Avenue.

“We are desperately awaiting to receive his body in Iran to hold the funeral ceremony,” Saima Rizvi said Thursday.

“We don’t have any family in Canada to hold a memorial service,” said the woman, who is married to Roshaeian’s cousin, Behzad Sharifzadeh. The couple lives in the United Arab Emirates, and provided a home for the young man when he arrived from Iran at age 17 to study at the American University in Dubai.

“In Dubai, he had us as his family, and his parents came from Iran, visiting him often,” she said.

Roshaeian attended classes at the university in order to improve his English speaking and writing skills, so he could gain admission into a Canadian post-secondary school, Rizvi said.

“He was academically very strong and a very intelligent kid,” she said.

At the end of 2012, Roshaeian was accepted by the University of Manitoba and moved to Canada to study computer science.

“He did very well and made lots of friends,” said Rizvi. “He was a loving, friendly, compassionate and strong-willed boy.”

The youngest of two boys, “he was pampered and loved by all in his family,” she said, adding although he was from a “well-to-do” background, he was independent and didn’t wait for things to be handed to him.

On Wednesday, the Winnipeg Police Service identified Roshaeian as a homicide victim.

Want to get a head start on your day?

Get the day’s breaking stories, weather forecast, and more sent straight to your inbox every morning.

On Thursday, a WPS spokesman couldn’t say if the force had received any tips in response, but no arrests had been made.

Meanwhile, his family half-way around the world has set up a shrine with photos and flowers as they wait for his remains to be returned to Tehran.

“Having lost him like this has broken the hearts of not just his parents and brother but each and everyone in his family that loved him dearly,” said Rizvi.

“My husband… loved him like his own son, and still has not come in terms of the fact that Pedram is gone forever.”

Carol Sanders’ reporting on newcomers to Canada has made international headlines, earned national recognition but most importantly it’s shared the local stories of the growing diversity of people calling Manitoba home.